How about uploading your brain?

Like it or not, it seems to be the only way to go.

Now can you prove your physical existence? How can be sure you are not already a piece of software? If you can’t - then what’s the difference.

It would be, however, very funny evolutionary paradox is software is migrating itself into another software. That kind of mirror effect sounds much more reliable to me then all quantum theory together. How it happens already?

Hmm! Empty streets, rainy day, hard time having anyone to pick up their phone - and a message box. Would you like to upload your conscious. Yes, Remind me Tomorrow? Not much to chose from. Nor it should be :) 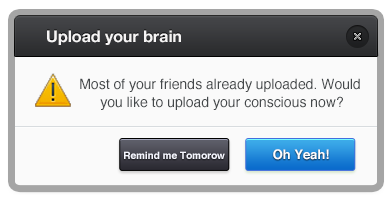